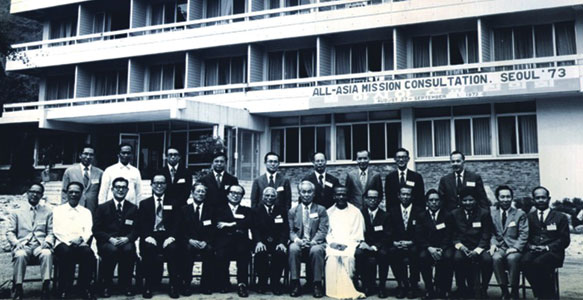 A Succinct History of the Formation of ASM

In 1971, a Korean missiologist – Mr. Mission, or Dr. David J. Cho, as he is called by those who know him – traveled widely and tirelessly in many Asian countries: Japan, India, Indonesia, Pakistan, Hong Kong, Singapore, Thailand, Philippine, as well as many parts of his own country Korea. He had one thing in his mind, and that was to share his vision: that it was about time that Asian Christians should actively implement the Great Commission and commit themselves to world mission.

He is not only known as Mr. Mission, but is also known as Mr. Prayer as well. Thus, at the kairos moment, God enabled him to gather support for the implementation of his vision from his compatriots. By the same token, he also got a generous but at times measured support from occidental mission leaders and missiologists in the formation of Asians Missions Association (AMA). But when God acts, he acts like a whirlwind.